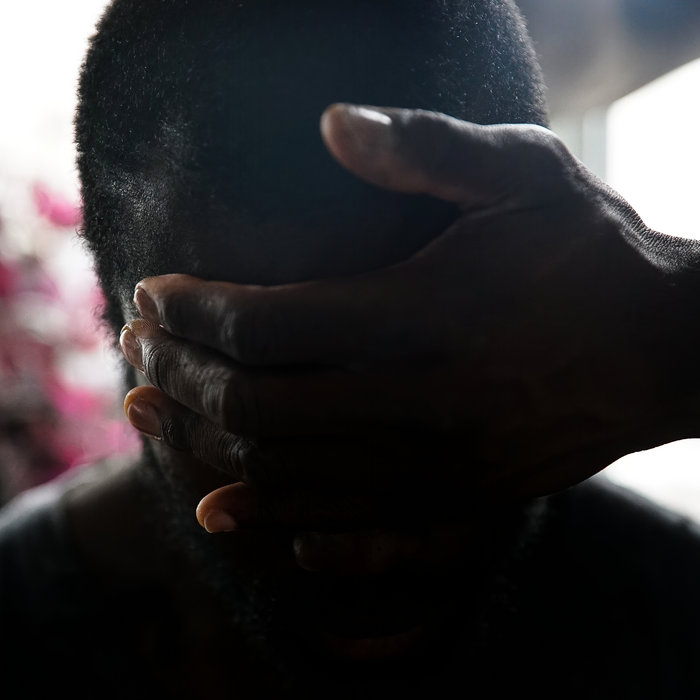 Inspired in part by French sociologist Jean Baudrillard’s
influential text “Simulacres et Simulation,” the record
plays with synthesis and simulation, picking apart notions
of modulatable, subjective veneers of reality. Informed by
his experiences growing up while black in the French
suburbs, Niamké, turns a critical gaze towards facades
of inclusivity and equality, and how they diverge from
lived experiences of discrimination and racism in
France.

Sonically, “Simulacrum” departs from ventures through
Sun Ra and Afrofuturist music, as Aho Ssan dreams up
new journeys and visions. Wanting to collaborate with a
jazz musician but unable to find one, he turned to
building patches in Max/MSP to create simulations of
them. The Mensah Imaginary Band features on tracks
“Blind Power” and “We Don’t Have to Worry Anymore.”
Taking shape across Max objects and patch cables, the
ensemble takes its name from Niamké’s trumpet player
grandfather Mensah Antony, who led a Ghanaian band in
Ivory Coast in the 1950s and acted as a conductor at the
country’s famed Abissa Festival.

Aho Ssan, who never met Antony and has no access
to recordings or information about his musical career,
speculates on his musical heritage.

Aho Ssan debuted “Simulacrum” at Berlin Atonal
2019. After studying graphic design and cinema, he
started composing electronic music and creating his
own digital instruments. Shortly thereafter Niamké
went on to win the Foundation France television
prize for his soundtrack to the 2015 film “D’Ingha
Mago,” and has since worked on several projects
affiliated with IRCAM.

Bandcamp Daily  your guide to the world of Bandcamp

Featuring Oakland sounds from the Smart Bomb collective and Samplelov.